Trinity House, the working home of the General Lighthouse Authority in London, has restored its impressive fireplaces with the help of Smart Fire UK.

Dating from 1796, the historic House on Tower Hill had two original fireplace grates that had been rendered unusable by the lack of chimneys. As they wanted to bring the fireplaces back to life, they had to turn to alternative methods to return the fires to their former glory.

That’s when they decided to investigate the use of clean-burning fires, and came across Smart Fire UK. These green fires are fuelled entirely by bio-ethanol, a clean burning liquid, sourced from agriculture, which doesn’t require a chimney, flue or extraction system.

Trinity House’s fireplaces, which dated from the 18th century, presented a challenge as they were curved rather than straight edged. Smart Fire UK fitted the fireplaces with bespoke drop in plates to solve the problem.

Smart Fire UK also manufactured bespoke glass fireguards to complete the appearance. As well as restoring the fireplaces, it has also given the venue an extra heating source that can be easily regulated.

“It has been an honour to be part of renovating this historic building. It’s projects like this that the Bioethanol fires really come into their own. Just because a chimney has been removed or a flue has been blocked up doesn’t mean you have to board up a beautiful fireplace. These versatile products are perfect for restorations like this. They create the look and feel of a real fire without the soot, ash and cleaning that’s associated with them. The restored fireplaces are magnificent and have once again become a focal point within the venue.”

Before the renovation the fireplaces were technically in fine condition but we felt it was a waste of a potential source of heat and added ambience that they were inoperable. As well as restoring the façade of the fireplaces, the venue now has an extra heating source that can be easily regulated. The fires have created a cosy ambiance for both daytime and evening events and the fact that this heating source is environmentally friendly is an added bonus. 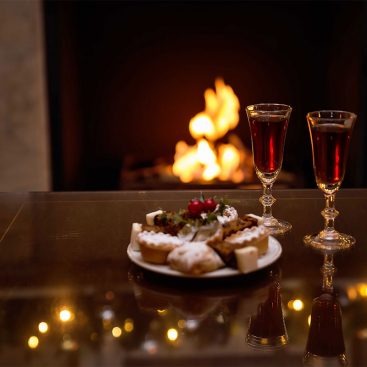 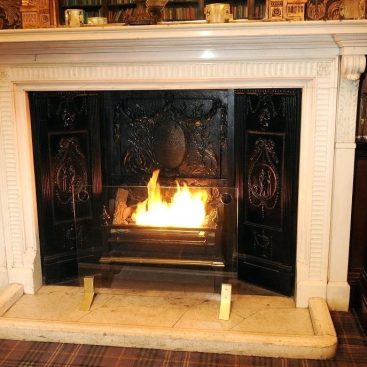 We are open for business. Please refer to COVID-19 section

This website uses cookies to improve your experience while you navigate through the website. Out of these, the cookies that are categorized as necessary are stored on your browser as they are essential for the working of basic functionalities of the website. We also use third-party cookies that help us analyze and understand how you use this website. These cookies will be stored in your browser only with your consent. You also have the option to opt-out of these cookies. But opting out of some of these cookies may affect your browsing experience.
Necessary Always Enabled
Necessary cookies are absolutely essential for the website to function properly. This category only includes cookies that ensures basic functionalities and security features of the website. These cookies do not store any personal information.
Non-necessary
Any cookies that may not be particularly necessary for the website to function and is used specifically to collect user personal data via analytics, ads, other embedded contents are termed as non-necessary cookies. It is mandatory to procure user consent prior to running these cookies on your website.
SAVE & ACCEPT